Barcelona has become one of the most innovative cities 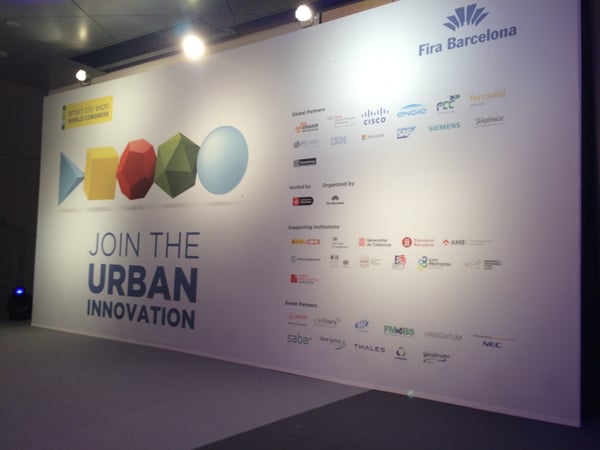 It gathers experts, institutions and companies which want to improve citizens’ lives by using the power of new technologies. Urban areas are growing fast and they need to develop new ways to improve areas such as urban mobility , energy and retail.

Regarding security surveillance, several firms presented some interesting security solutions. For instance, the startup Drone Thunder unveiled their security drones, which are able to watch wide areas of a city as well as read license plates.

One of them was Eurecat, the Technology Centre for Catalonia which was created by the collaboration between public and private institutions. They presented their photovoltaic modules, which can turn the urban (furniture)  into power generators.

The 164 apps which were selected

The SCEWC also hosted the Smart City App Hack Grand Final, an 8 month challenge in which startups from all over the world participated. First, 164 apps were selected from  which they chose 15. The startups were from Barcelona, Lyon, Phoenix, Dubai, Helsinki, New York and San Francisco.

They were required to present an app to improve people’s lives in terms of urban mobility, energy and emissions, shopping and retail, culture and tourism, and collaborative city plans.

The apps participated in 5 categories

The fifth edition of the  Smart City Expo brought together 400 speakers who discussed Technology, Society, Governance; Sustainability, Mobility and  Innovation and Startups . In addition, there were about 450 exhibitors from over 500 cities.