Maria Fernanda, a quantum physics Ph.D. and CEO of MOCA Platform, explain us in a simple way how companies can extract business value using big data in order to increase revenue and maximize profitability.

In our last post we introduced John, the owner of an online travel agency  who invested in data analysis and hired a new salesperson for his London store. After a year, he got a 20% increase in sales due to the decisions he made as a result of his data analysis.

Now, John wants to perform a new data study to continue being innovative in that area.

The analyst requests new data from John and is able to then show him the information in a different way. 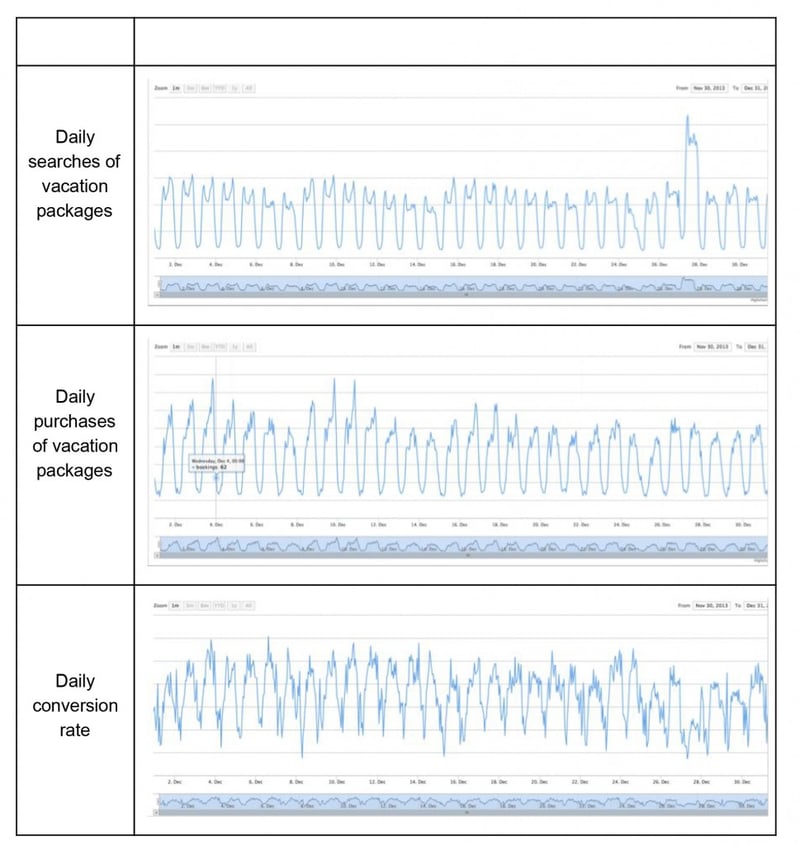 The following are the analyst’s comments regarding the data:

John analyzes this information and he comes up with the following questions:

The team of analysts faces a difficult challenge even though they are able to answer all his questions. The main objective of the team is to build a software which can do the following tasks:

His analyst has to use both techniques and Big Data technologies. First, he tests several mathematical methodologies to  know the periodicity of the time series. He tests the following methods:

After working with those methodologies, the analyst concludes that the most interesting one is Wavelets due to its versatility and comprehensive study of the amplitude and frequency of the series. The team using Wavelets methodology finds the following result: 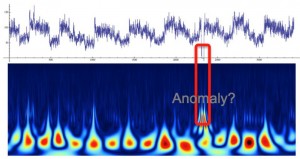 The chart above shows a time series of the product ‘Africa safari’.

The team of analysts also compares the  web traffic for different days of the month which fall on the same days of the week: 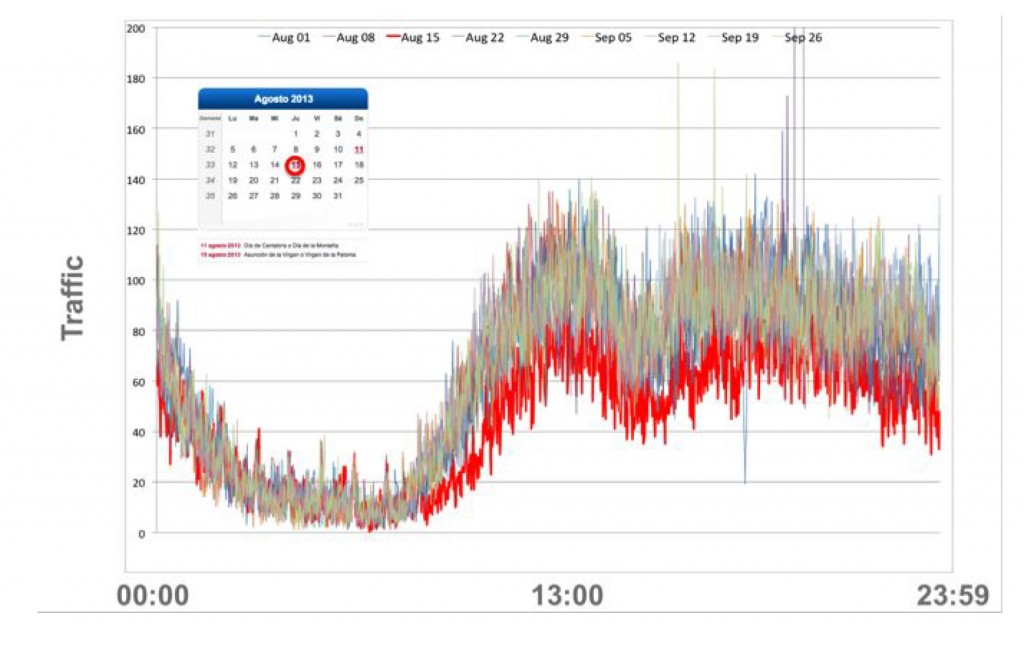 There is a holiday on August (red). The other days of the week have a similar web traffic. The team concludes that there are fewer searches of trip packages on holidays.

The team has performed several tests and experiments using different methodologies and they came up with the following results:

The team builds 3 different algorithms for the predictions and they test them on real data. The 3 algorithms provide great results (the precision is between 89 and 93%). However, given the expected growth of the firm, they should implement an algorithm that meets the following conditions:

Finally, the analyst team finishes its work. Now John has a predictive software which can detect anomalies in real time.

The graph above shows 3 time series. The blue one shows real time. The black one is an 80% prediction and the green one a 95% prediction.

If there is an anomaly (i.e. if the real series and the predicted series differ by more than 20%), the system sends you a notification.

Residual's between Real and Normal Traffic

Now John has a predictive system! The design allows him to  implement it in each new vacation package as it comes up.

Using this, his goal is to convert the searches into purchases . Therefore, he has made the following decisions:

One year after implementing this process, John has achieved the following:

John is delighted with his investment.

By María Fernanda González
Previous Next